The splinter-ui repository includes the Admin UI for Splinter administration. This document shows the planned screens and popups for this application.

NOTE: This planning document shows preliminary images for the Admin UI. The actual interface will change as the UI is developed. For current information, see the Splinter v0.4 tutorial Using the Admin UI.

The Circuits screen shows this node’s circuits and circuit proposals. 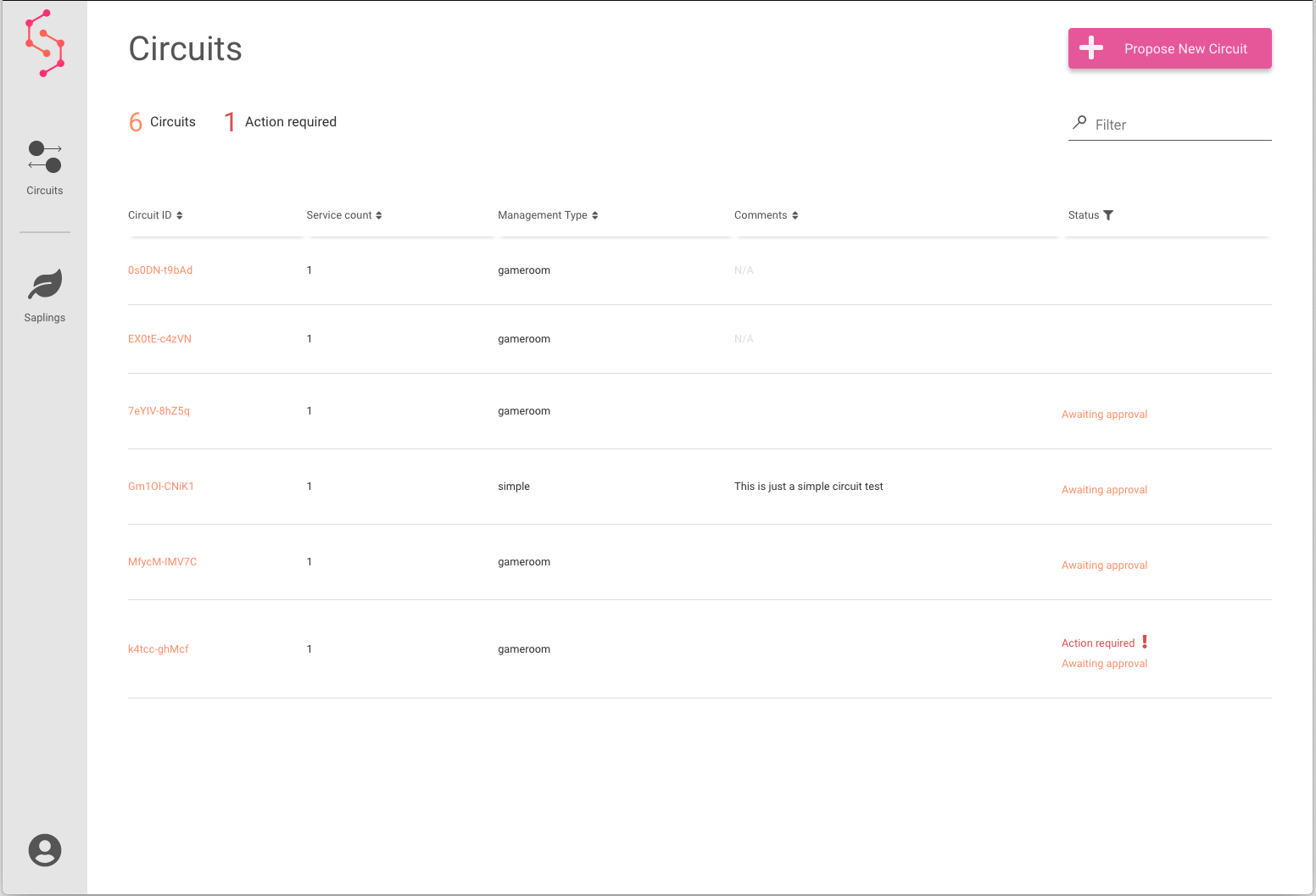 After selecting a circuit ID on the Circuits screen, the circuit details screen shows information about the selected circuit. 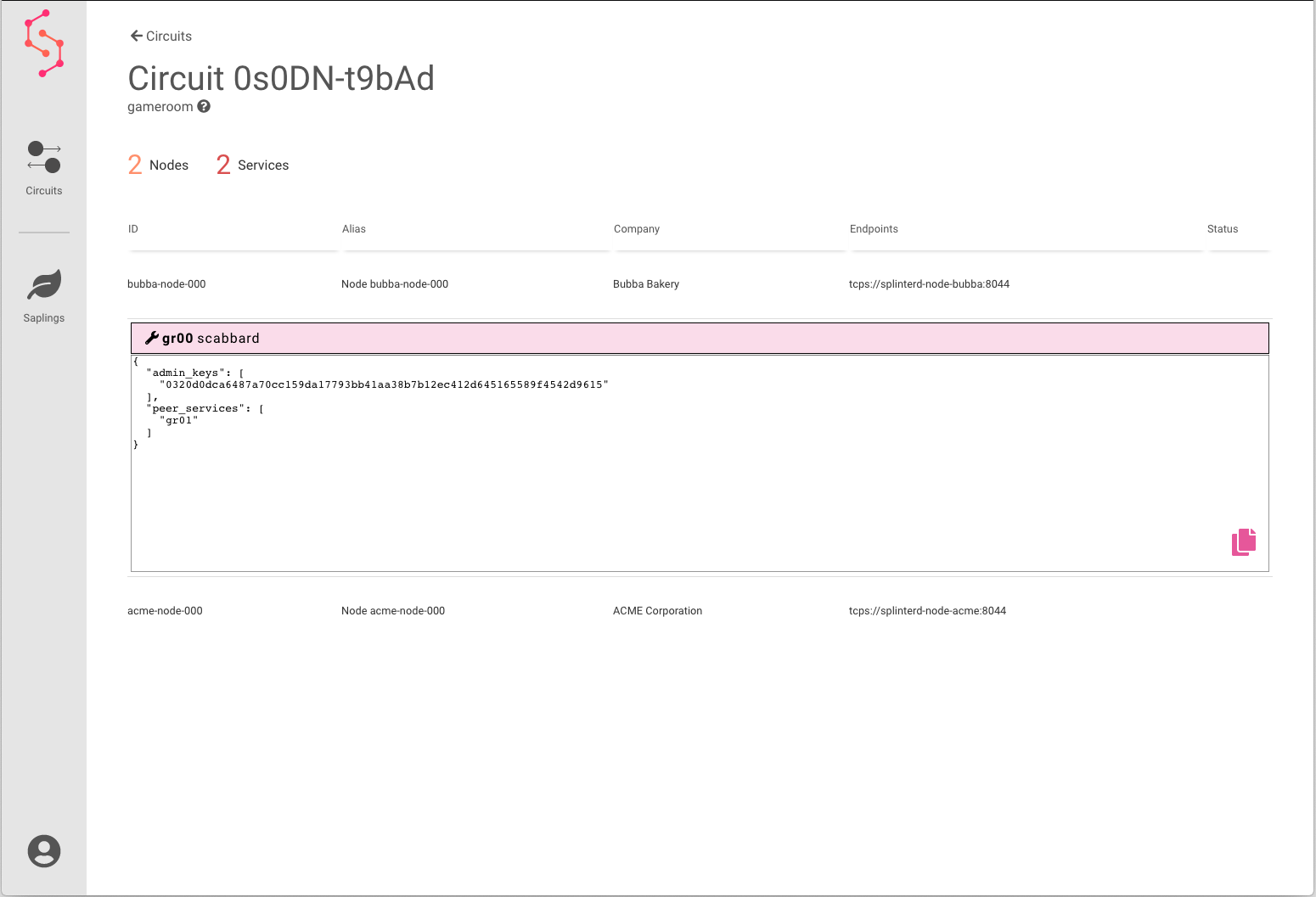 On the Circuits screen, the Propose New Circuit button starts the process of defining a new circuit.

On the Propose Circuit > Add nodes screen, the Next + button displays the New Node popup. 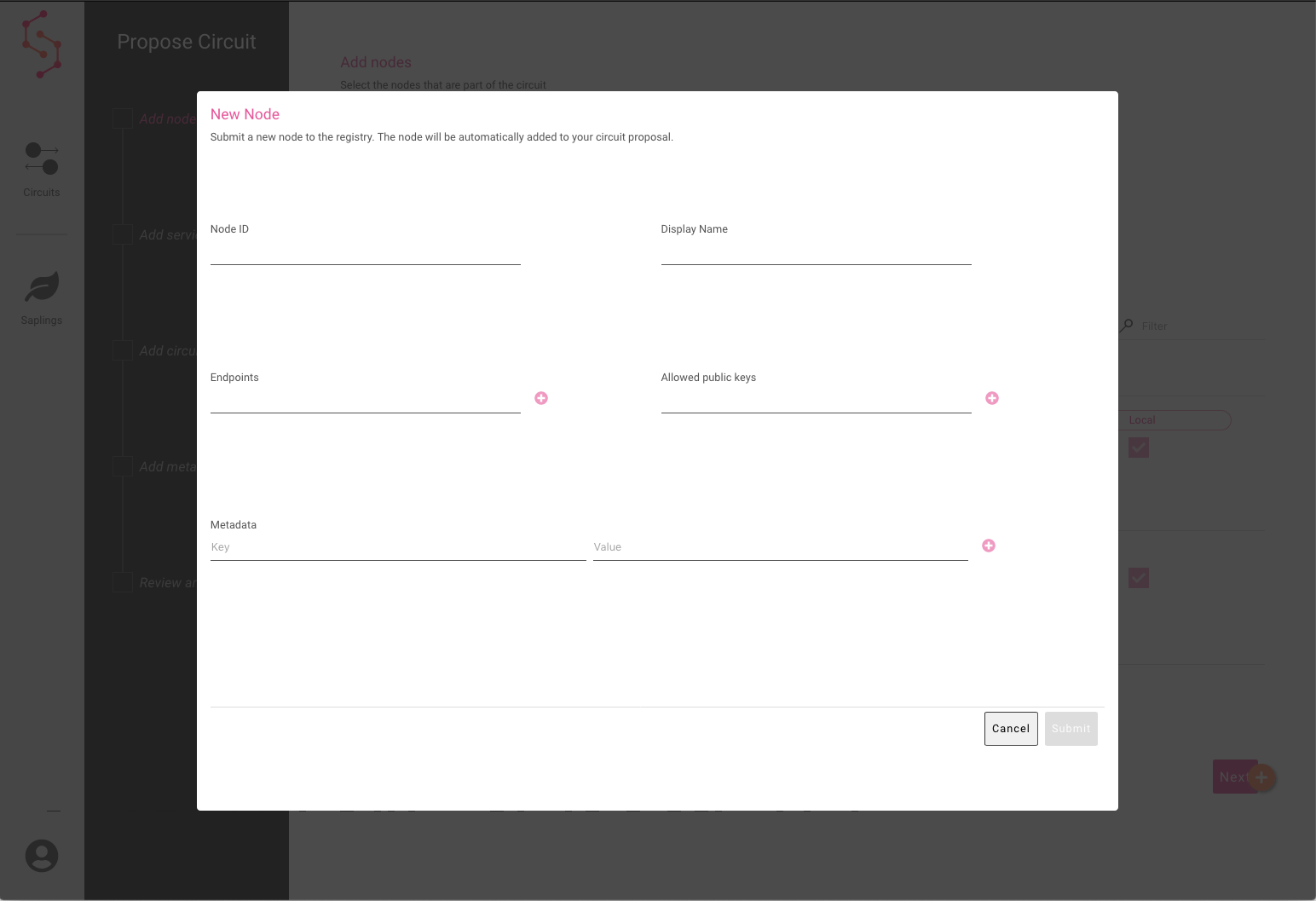 After a node has been added, the Propose Circuit > Add nodes screen shows information about the nodes in the proposed circuit. 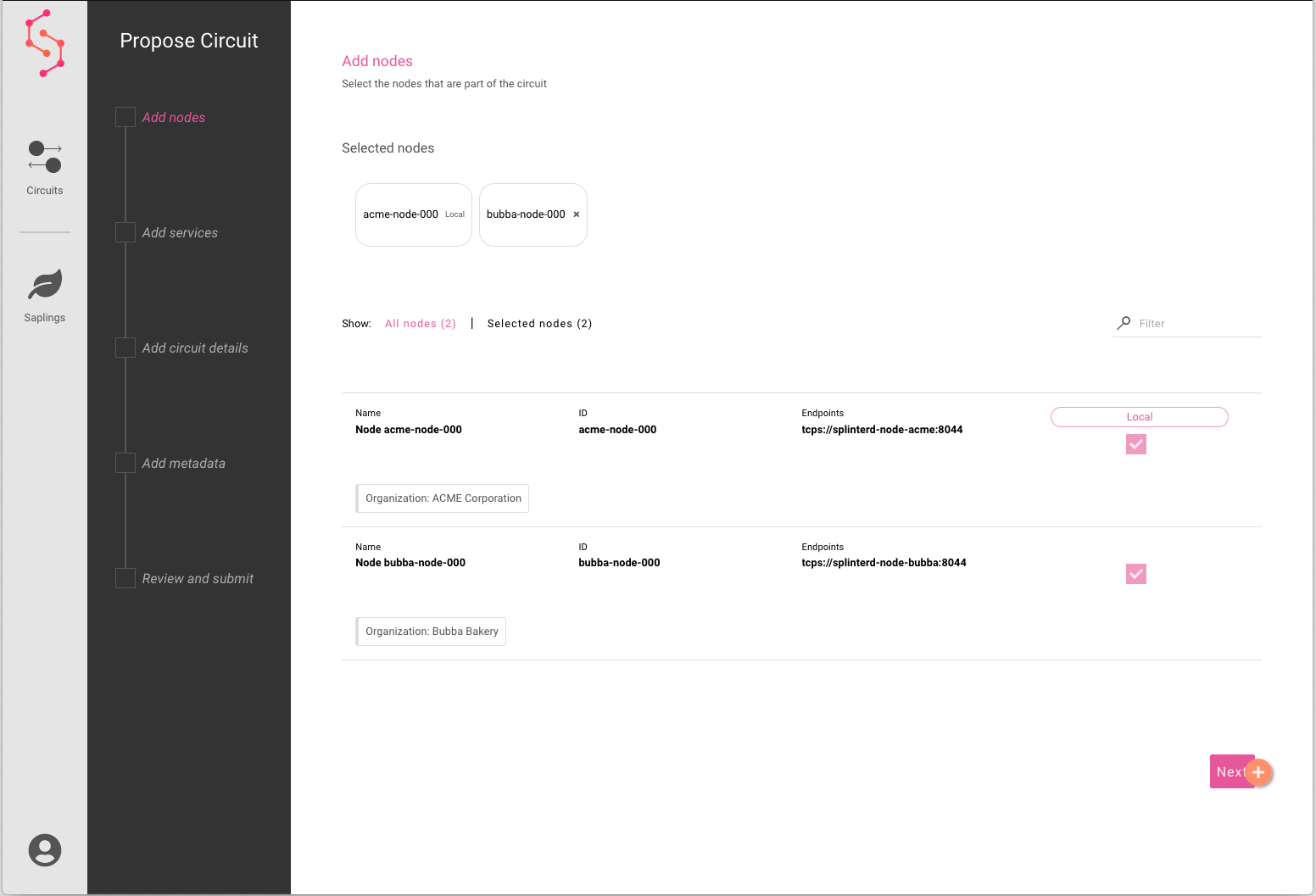 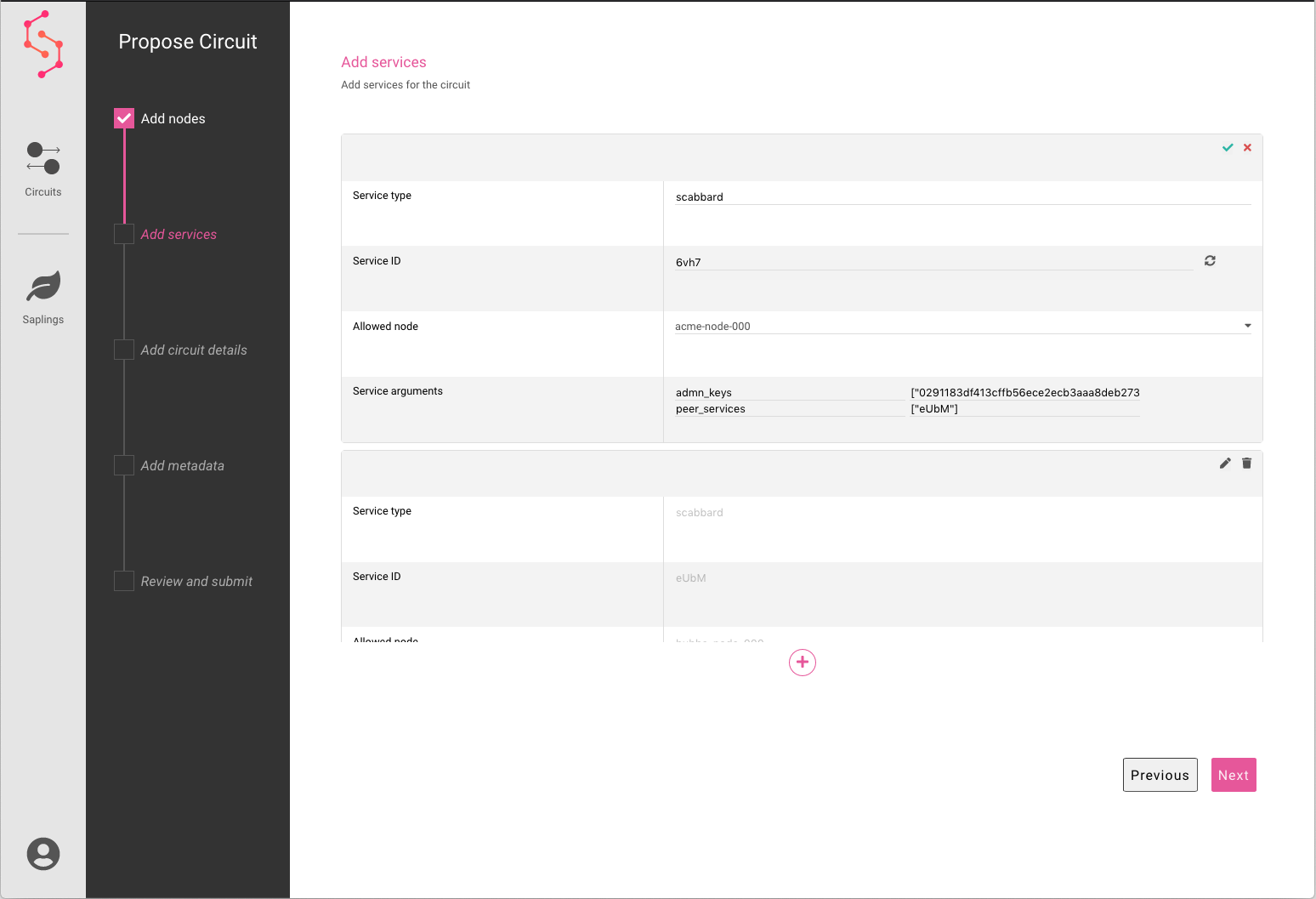 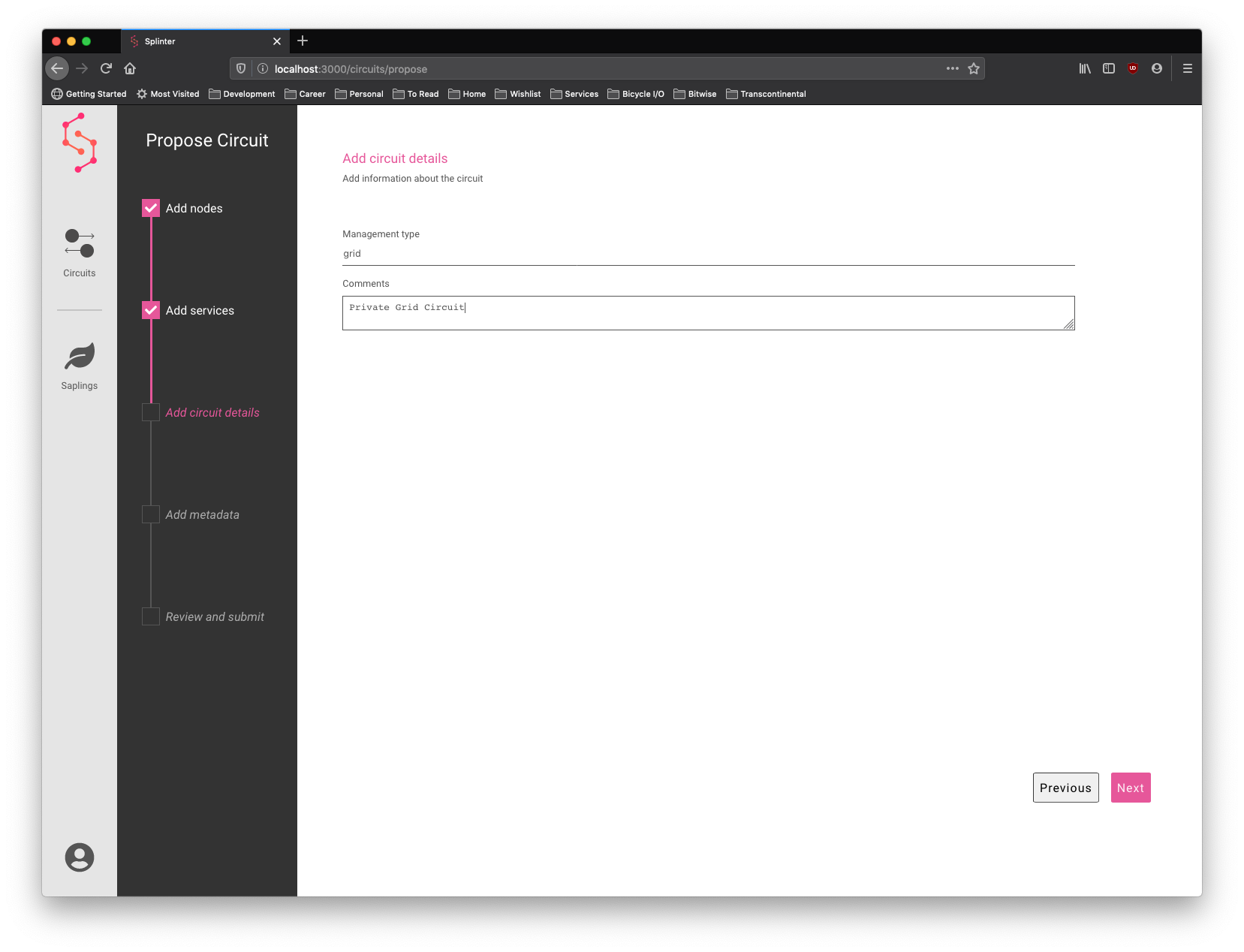 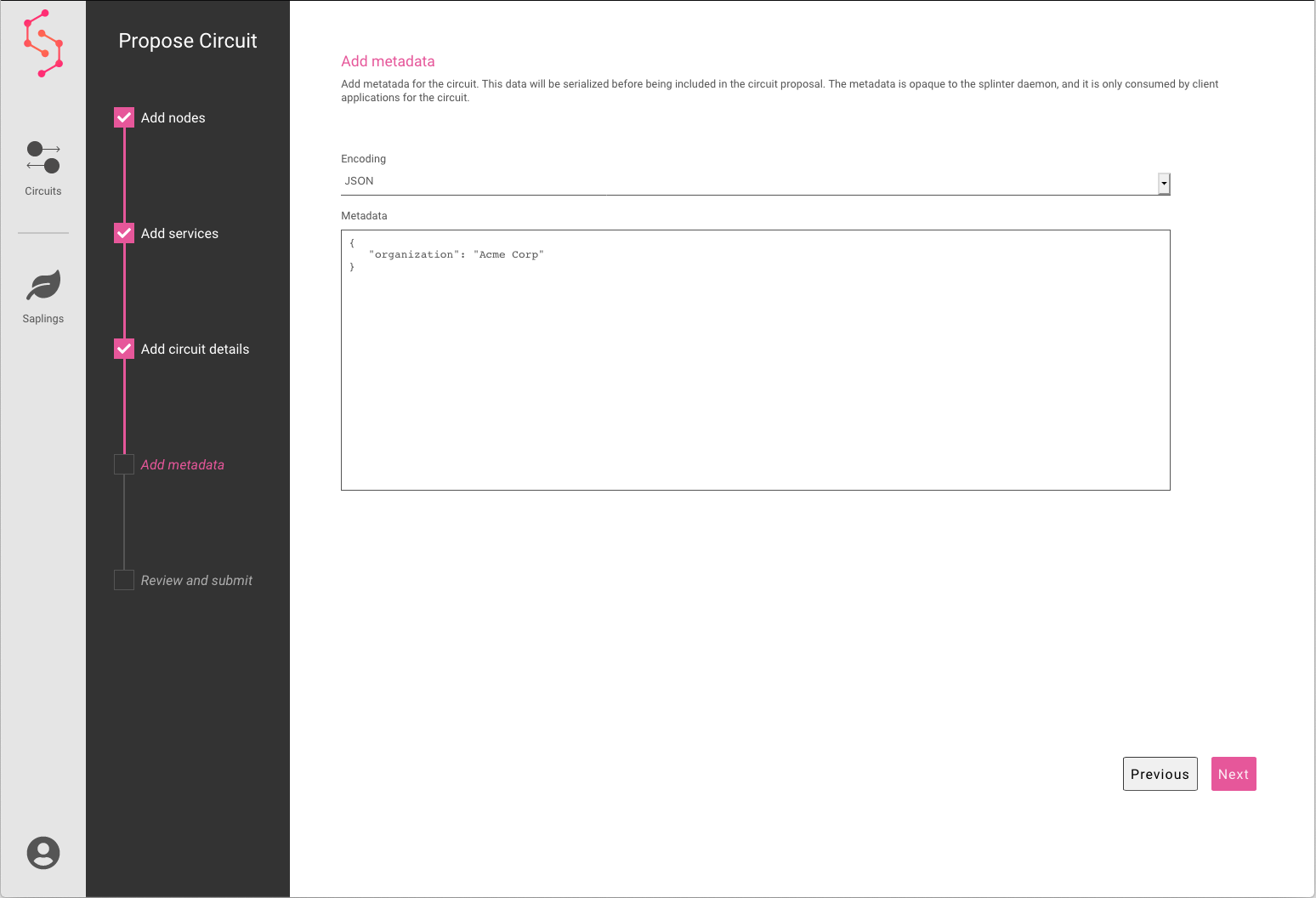 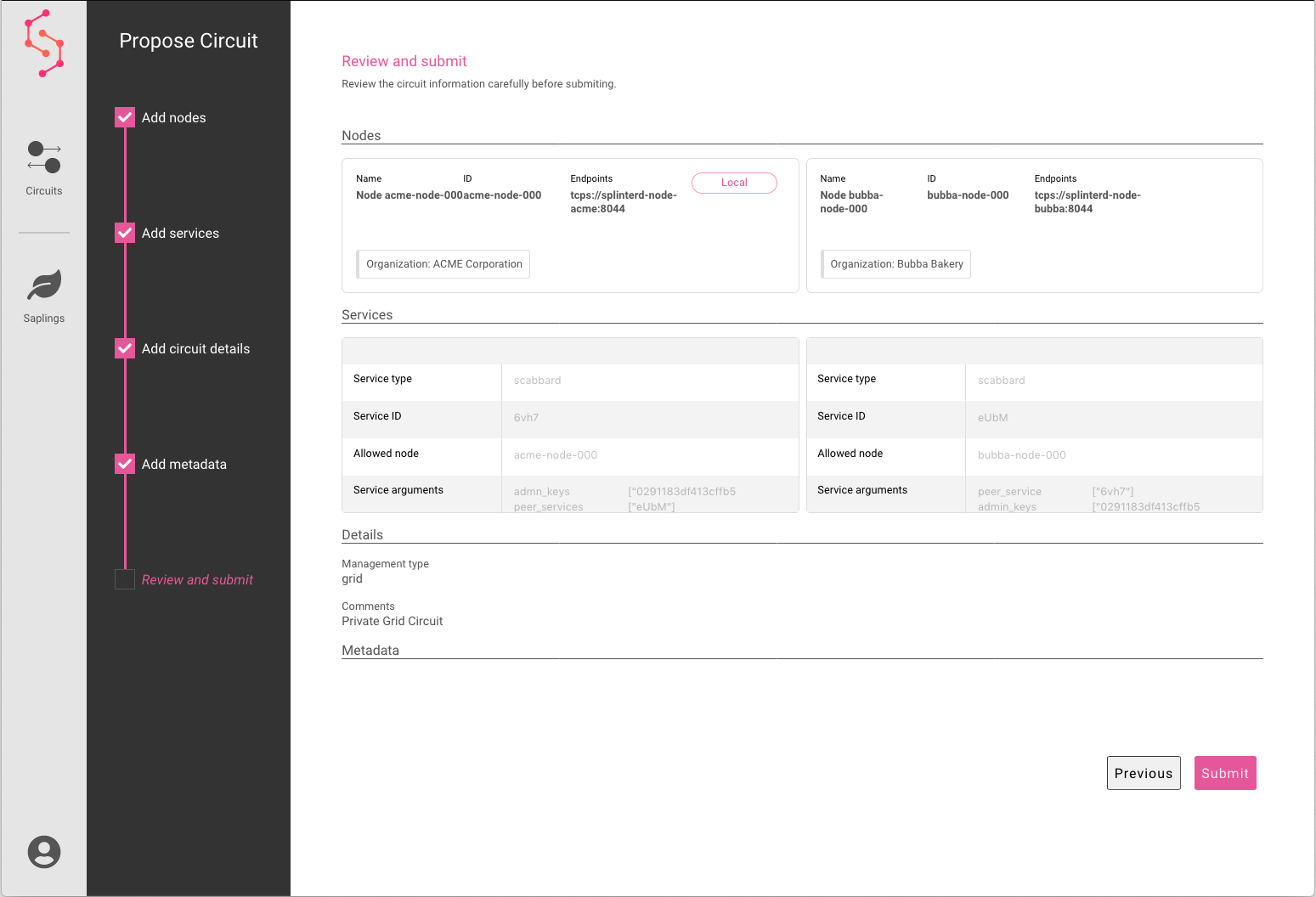 Next, the Admin UI displays the circuit detail screen. A notification appears when the proposal submission has succeeded. 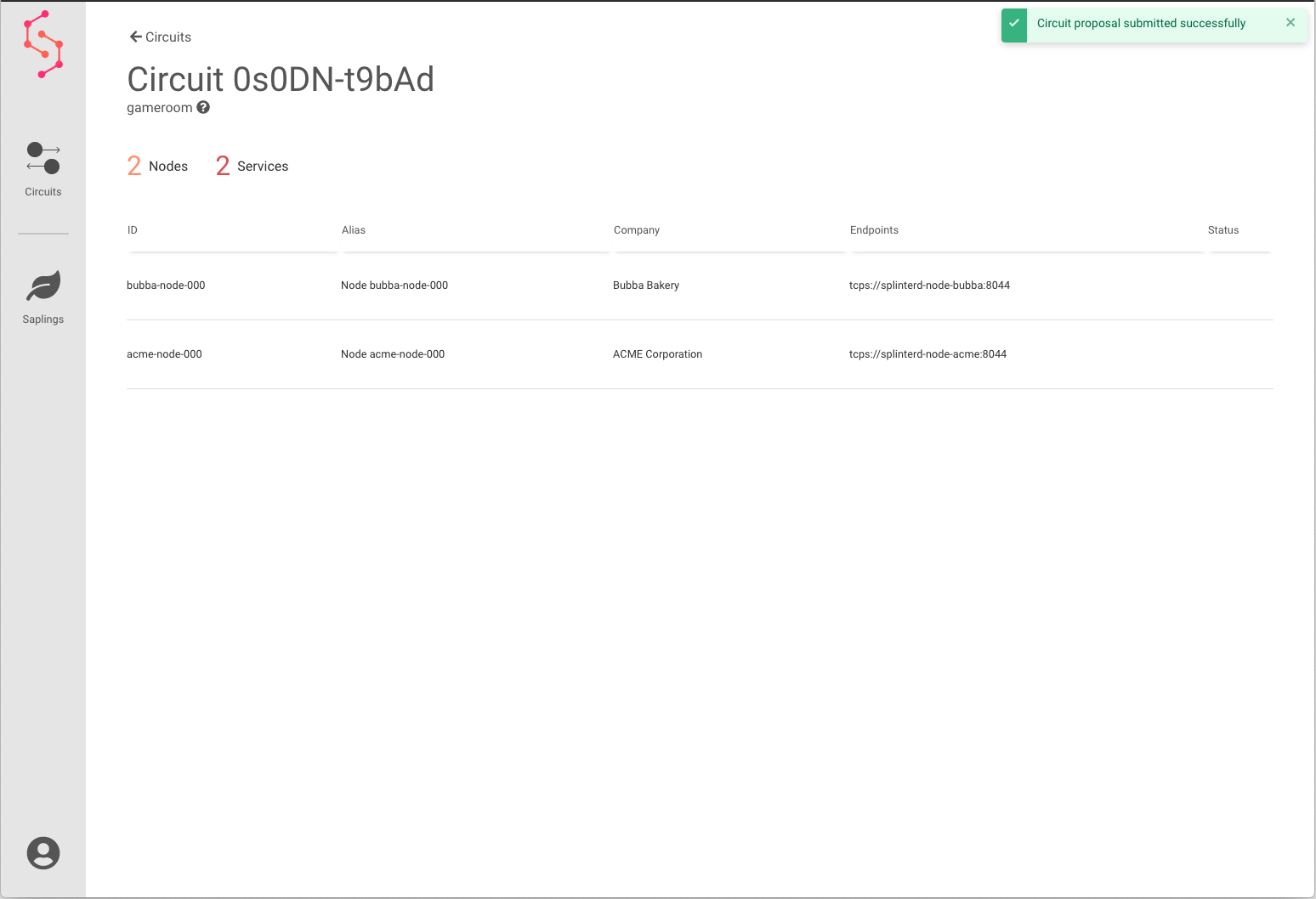 Submitting a circuit proposal automatically includes an “Approve” vote for that node. The Awaiting Approval screen shows which other nodes still need to vote on the proposal. 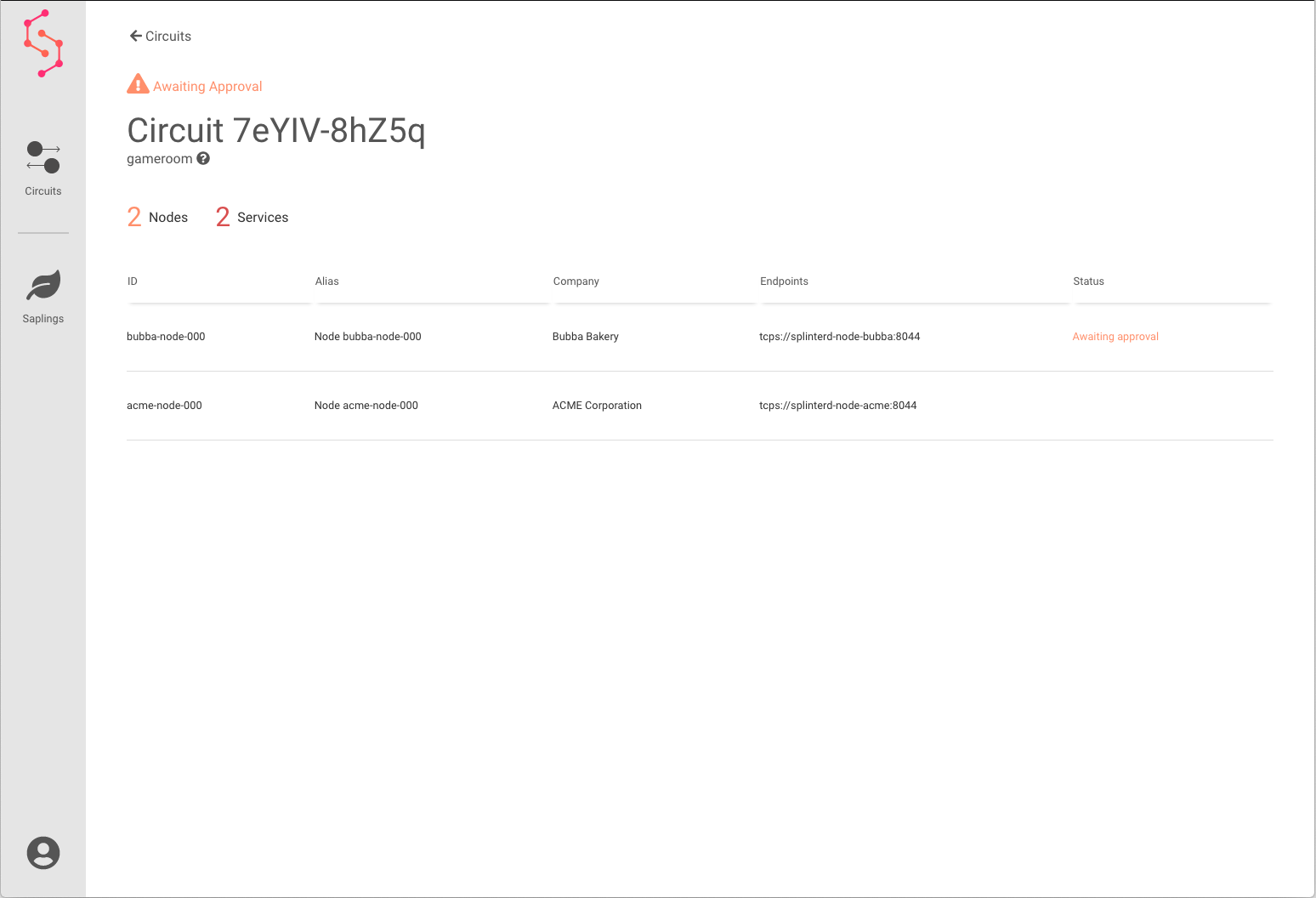 Other nodes in the proposed circuit see a Vote on proposal button on the circuit detail screen. 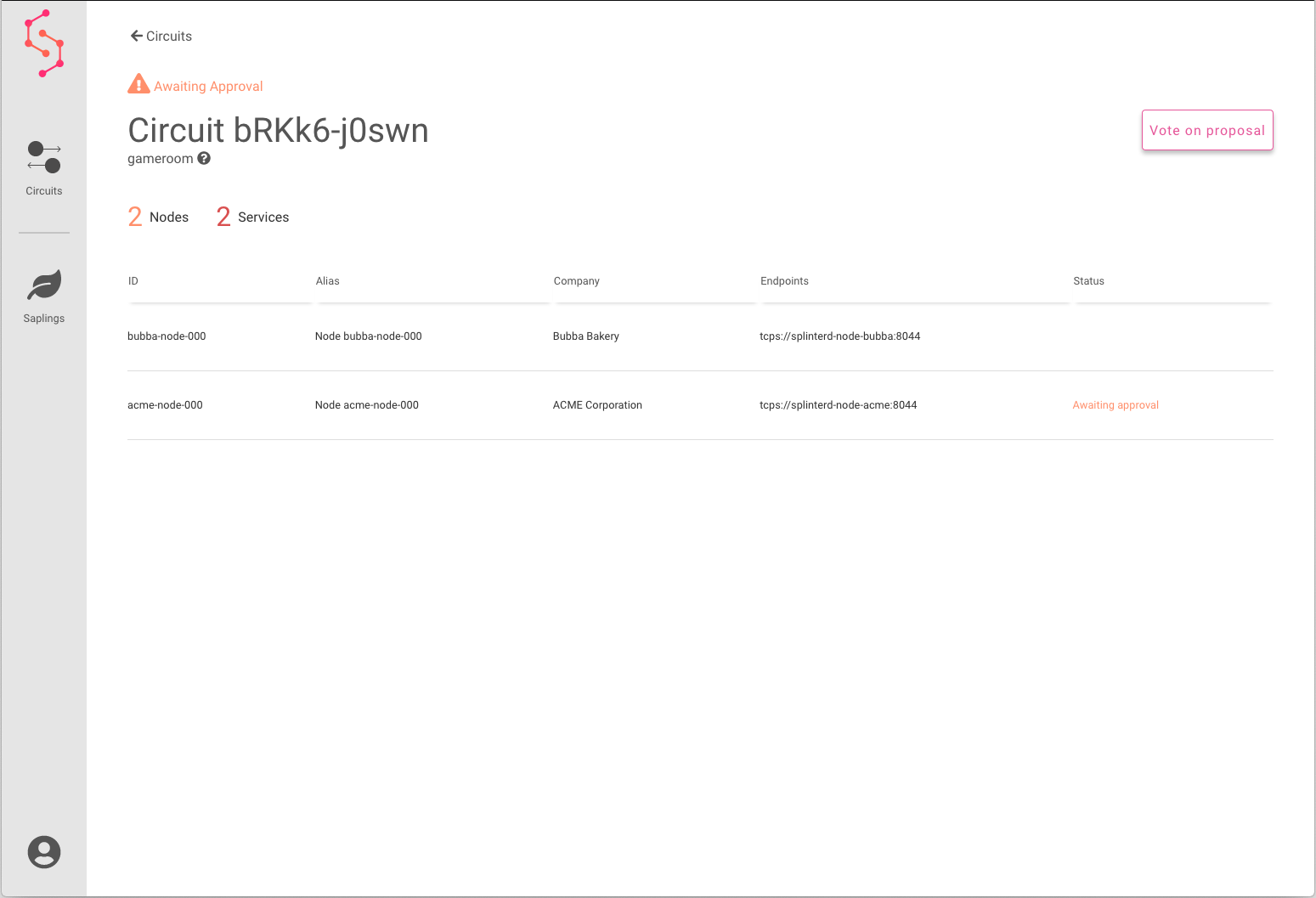 After selecting the Vote on proposal button, the Vote on circuit proposal popup displays circuit information, plus buttons to accept or reject the proposal. 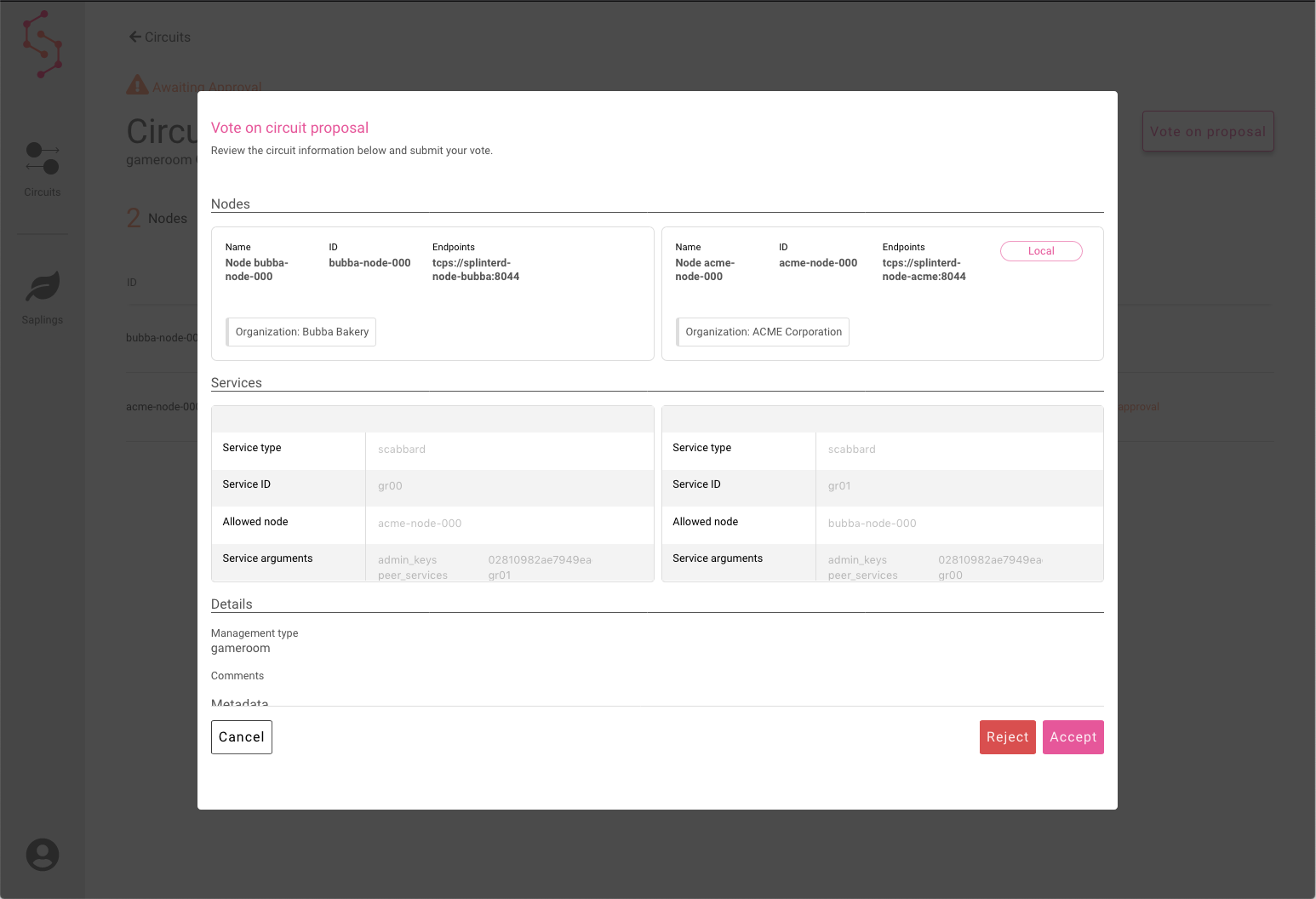